Can't wait to see this!

One of The Best Gay Film Shorts of the Year Thus Far, from a surprising source 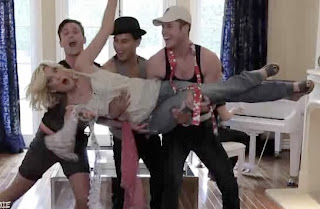 One of the funniest gay films of the year, care of Funny or Die. Starring Tori Spelling, an Academy Award winner, 276 gays and a few cocks.

It screened before CHO DEPENDENT at Outfest this past week.

I laughed out loud at least 3 times, and almost fell off my chair at the ending. 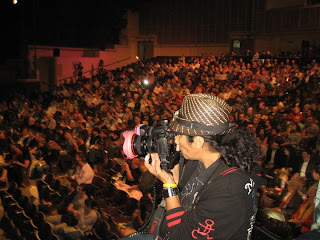 I'm here to tell you that when your local LGBT Film Festival happens in your town, don't buy tickets...buy a festival pass. It's absolutely astounding the jump in quality in this year's new crop of LGBT film faire.

This past month or so marks the annual informal launching of the queer film festival circuit with movies premiering at Frameline in San Fran, Newfest in NY, PhillyFest in Penn and Outfest in Los Angeles.
(pictured, The Ford Theatre at Outfest, photo care of Krauss in the House)

First, I'll share with you the prize winners at Outfest, then highlight a few "favorites" from myself and my associates. 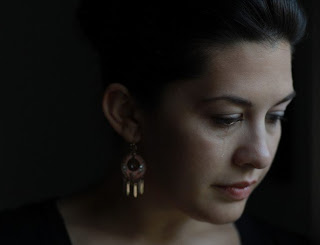 The Grand Jury Prize for both Best Feature and Best Screenwriting went to Stephen Cone's The Wise Kids.

My friend who recommended I see this was right, the characters WRECK YOU (but in a good way!)

(pictured right, Sadieh Rifai in The Wise Kids.  As with most thesps in this film, accomplished in the slow teared close up that you could set entire sonatas to)

The film unfolds one summer at a Youth Ministry in somewhere-in-the-middle, USA and mingles human growth with Christian teachings and the stirrings of gay. It's an engaging, understated film that draws you in with outstanding performances and a quiet urgency. It also rings with authenticity and doesn't always take the predictable route.  Outfest was the world premiere of The Wise Kids. 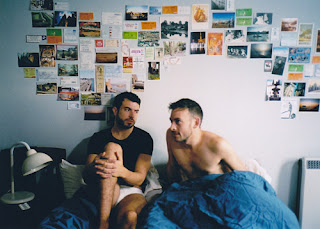 Andrew Haigh's Weekend won the Grand Jury Award on the International Best Feature end of things. As with The Wise Kids, this feature brings you a fresh, new film making talent in LGBT film. Welcome, and please make more movies for us, seriously, like I'm begging you.

Unlike The Wise Kids which dwells in the silent moments and stirring static shots of characters in emotional conflict and curiosity, Weekend's characters talk it out, with kinetic cinematography that puts you right there on the bed in the room with the two men. Weekend unfolds over 48 hours after a one-night-stand between two men. What starts with raw sex, continues with raw conversation making the audience not only wonder "will they end up together" but also "will they grow?".

Nikohl Boosheri won Outstanding Actress Award for her role in CIRCUMSTANCE, a 100% audience favorite. Not surprising since it also won the Audience Award for Best Feature at the highly competitive and lauded Sundance Film Festival this past January.

The film is set against the political and social issues in contemporary Iran, but what will grab you is the highly accomplished film making that pulls you into this story of two teenage girls from either side of the track.

The entire cast of Private Romeo won Outstanding Acting in a feature film. Let me put on my big surprised face since the two leads in this are currently - ahem, slumming - on Broadway in Warhorse (soon to be a major xmas release feature film from Steven Spielberg).

I'm going to get you gay men to put this on your "must see" list just by telling you the plot: it's about an all boy military academy studying Romeo & Juliet. One weekend, the play overcomes the school and the characters.  (pictured above Private Romeo, Circumstance)

Another sure fire YOU WILL LOVE movie was Chely Wright's WISH ME AWAY.  100% audience favorite.  Also on that list add WE WERE HERE, also a documentary.

There were so many beloved films from every imaginable genre, they can't all fit in this post, so I'll leave the rest to another day.


Get the flash player here: http://www.adobe.com/flashplayer

And here's a few funny little interviews with some of the film makers: